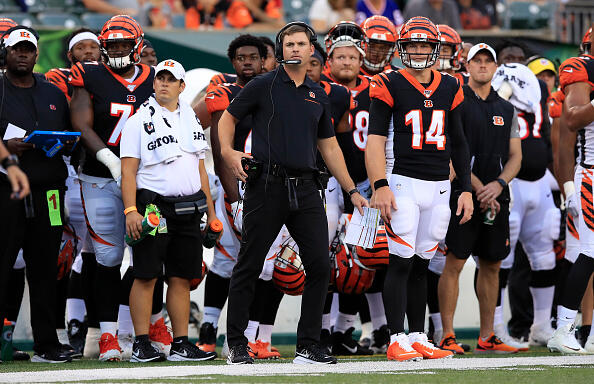 When Marvin Lewis first arrived in Cincinnati early in 2003, he wasn’t just welcomed as the new head coach of the Bengals. He instead was trumpeted as the savior of a franchise, a near deity who had been heaven-sent to rescue not only Mike Brown from himself but also the Bengals from the dark depths of NFL irrelevance.

His initial introduction wasn’t simply media availability; it was a civic event. A who’s who of Cincinnati was in attendance, all staring at the new coach with hopeful, optimistic eyes. The mayor presented the coach with a key to the city, which, if the people who run the city had any say in that decision, might represent the last time city council agreed on anything.

There were reasons for this, of course. One was that Lewis was the first African-American to be hired to lead either of Cincinnati’s major pro sports franchises, not an insignificant development given the climate in this city at the time. Another was that his hiring represented the first time Mike Brown stepped outside the organization to find a coach. Lewis was also the first person unrelated to the founder of the team to have any meaningful say in personnel decisions.

Mainly, though, he was viewed as the deliverer, and well before he ever coached the Bengals in a regular-season game, he was revered.

Lewis’ departure on the last day of 2018 was hailed similarly. We treated his overdue ouster the way fans of other NFL teams treat postseason victories. There was less a sense that finally the Bengals would be getting a better coach and more a feeling of satisfied bloodlust. Lewis finally paid for his and his team’s failures with the indignity that comes with being shoved out the door. Even if the ouster itself was positioned as something mutual, we didn’t care as long as there was a stick with the coach’s head on it. Lewis was gone! The rest didn’t matter.

Why are these things interesting? Well, because the man who replaced Lewis has essentially been ignored.