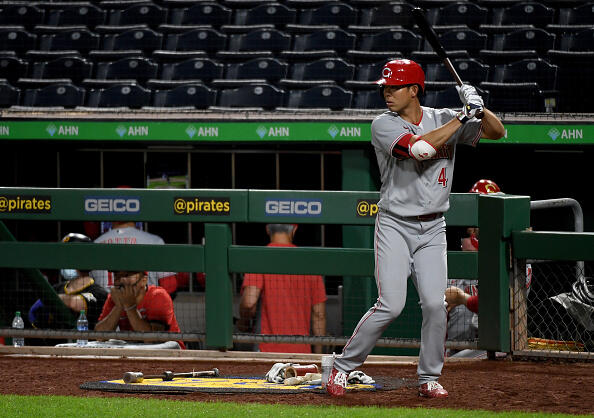 With so much uncertainty and unpredictability hovering over the Reds as a July Opening Day approached, I decided to forgo my usual exercise of making bold predictions for the upcoming season. I instead asked a series of questions about the 2020 Reds and their 60-game abbreviated campaign that began with such optimism but ended with a 22-inning scoreless thud in Atlanta.

The questions I asked were spread across three different parts.

Here’s part three with questions about Shogo Akiyama, Freddy Galvis, Raisel Iglesias and whether the Reds would successfully do “the little things.”

With the frustration of a wild-card series sweep in the distance yet a compelling offseason not quite ready to begin, I figured we’d go back and see how my questions were answered.

What kind of manager is David Bell?

He’s a manager who likes to tinker, probably because he has to.

I probably spend less time than others drooling over what a manager does. As the Reds spent the first seven weeks of the season spinning their wheels, I found more culpability with the players than the guy making decisions in the dugout. I viewed their turnaround mainly as a result of Bell’s team playing better as opposed to him discovering some sort of successful formula.

Still, perhaps because of the urgency required during a 60-game season, and likely because of the way the team’s flaws were amplified by some surprisingly poor individual performances, most Reds games this season included his fingerprints. Forever seeking favorable platoon matchups, Bell used pinch hitters more frequently than every skipper except for San Francisco’s Gabe Kapler. A few managers used pinch runners more often than Bell, but he made substitutions on the bases more frequently in 2020 (0.3 pinch runners used per game) than he did in 2019 (0.17).

The tinkering was partially because of managers having expanded rosters of 28 players this season and the Reds had a roster filled with hitters who struggled to produce. Bell seemingly had little choice but to exhaust every option to find offense. Still, there were times when a player would be lifted somewhat early in the game in favor of someone not as good, only to have that player’s spot in the lineup come up later. (See Jesse Winker’s departure from Game 1 against the Braves.)

Bell took heat for rarely using a consistent batting order, but his 54 lineups were fewer than those used by Dave Roberts in Los Angeles (57) and Kevin Cash in Tampa Bay (59), the managers who finished with the best record in each league.

Bell was far from perfect. In fact, I’m not sure a Reds manager has ever looked more foolish than Bell did when Kyle Farmer and Aristides Aquino failed to pull off a silly double steal against Atlanta. I have no real strong opinion on whether Bell should be guaranteed to return in 2021, although I think it will be interesting to see where he stands once Dick Williams’ old job is filled. Whoever is managing the Reds next season, they will need players who are more productive and a roster that has more balance.

If those things don’t happen and Bell is back for Year 3, I think we’ll have a better idea than we did three months ago about what to expect.

Is Nick Senzel any good, and what role will he have?

Nick Senzel played in 25 baseball games that counted in 2020, and despite getting two hits in his first two postseason plate appearances, I think we know just as much about him now as we knew before the season started.

Much of this is not his fault. He missed large swaths of time for various reasons and I’m not sure a Reds player was hurt more by not being able to play in games for four months. When Senzel did play, though, he was underwhelming. A hitter whose rookie season plate appearances suggested a patient, well-rounded hitter morphed into a guy who seemed like he was trying to go long on every swing. Nothing about his statistical production would suggest he’s suited to hit in any one particular place in the lineup.

In addition to missing a month’s worth of games, Senzel remained exclusively an outfielder when he wasn’t in the lineup as the DH. The insistence on not using Senzel anywhere in the infield not only meant opportunities for some underwhelming bench guys to get playing time, but also it solidified for better or worse that his place on the Reds is in the outfield.

Which is fine. What’s not so fine is that after what was supposed to be his first full big-league season, we are still left with more questions than answers about a player who was hailed after the 2016 draft as a critical piece of the Reds’ next winning era.

Can the Reds still add a piece?