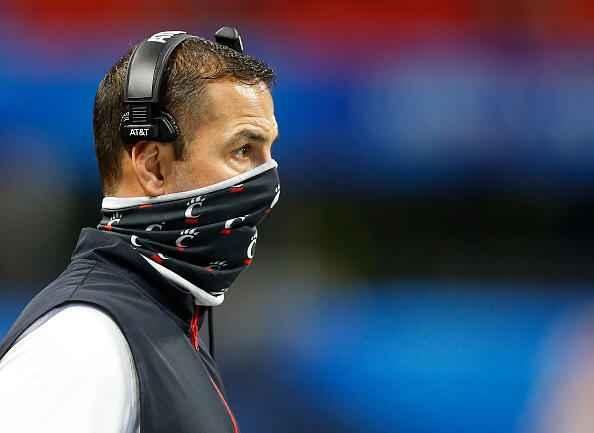 Maybe in a year, the Bearcats go back to a big bowl game, tangle for four quarters against a national power and they finish the job.

Or maybe they get a win going away by a lopsided margin.

Or hell, even if I’ll still need convincing that the clowns who determine the College Football Playoff rankings will do the right thing, maybe they spend next season steamrolling all comers, including Notre Dame and Indiana, and play on an even bigger stage than the one they took on New Year’s Day 2021.

But then again, maybe they don’t.

The really hard part about the aftermath of the Peach Bowl isn’t merely the second-guessing, although none of us who were even remotely invested in its outcome will spare ourselves the agony of repeatedly revisiting — among many other things — the approach UC’s coaches chose with just two stupid yards separating the Bearcats from the biggest win in program history. What makes the postmortem of Georgia’s 24-21 comeback win over Cincinnati so difficult is the understanding of how rare it is to have an opportunity like the one the Bearcats allowed to get away.

They were so damn close. In spite of their opponent, in spite of who they didn’t have available, and really, in spite of themselves, there they were leading by two, with the ball facing a third-and-2 with just over a minute and a half to go. A first down delivers UC a signature, statement victory, an unblemished season, and whatever spoils would have come with it.

Two more yards and instead of a lament about opportunities lost, the story of the Peach Bowl is of a defense that didn’t just stand up to a premier SEC opponent but pushed back at them and of a quarterback whose ingenuity under duress added to his growing legend. Two more yards, and instead of Luke Fickell and his staff getting crushed for late-game management, they’re basking in the glow of an emphatic case made for present, and perhaps future, national title-contention consideration.

To read more, go to The Athletic...