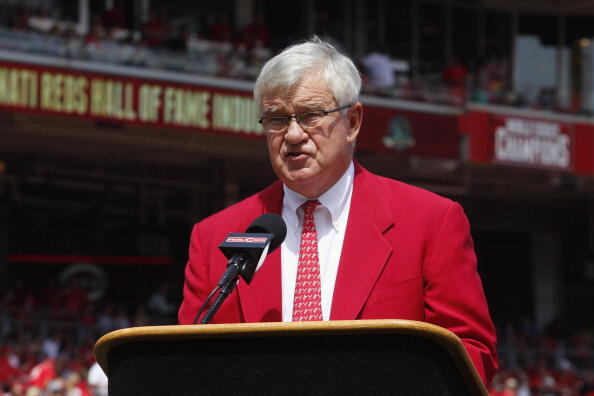 As adventurous as the 2021 Cincinnati Reds season has been, my mind has often drifted toward a scene from the 1988 baseball comedy “Major League.”

The gruff skipper of the slightly overachieving Cleveland Indians, a former tire store manager named Lou Brown, convenes his players in the clubhouse while standing next to a life-sized cutout of the team’s villainous owner, Rachel Phelps. Brown has informed his guys that despite their best efforts, Phelps has no interest in seeing them succeed. Her true intentions were to load up the roster with lousy players in an effort to sink attendance to an all-time low and move the team from its dumpy Cleveland digs to a new stadium in Miami.

Bob Castellini is obviously not scheming to relocate his team to Florida, and I’ll work with the assumption that David Bell’s players definitely do not want to reveal more of their CEO’s skin after every victory until someone tells me otherwise. To my knowledge, the Reds’ charter plane doesn’t have a taped-together propeller and the team’s training room likely includes a working whirlpool. What we do have in Cincinnati in real life is a similar dynamic to the one in the film. The Reds are a likable, possibly overachieving bunch that spent most of the spring playing just well enough to remain on the fringes of contention. They enter the heart of the summer having thrust themselves into the thick of the National League Central race, juxtaposed against an owner who spent the months leading up to the season undermining their chances.

It is well documented how the Reds went cheap last winter, starting by not hiring anyone to replace Dick Williams when he bolted his gig as the president of baseball operations. It continued through an offseason of payroll cutting that included the team essentially giving away two accomplished relievers and replacing them with pitchers who weren’t nearly as accomplished. The Reds chose to fill starting rotation spots in the wake of Trevor Bauer and Anthony DeSclafani with a collection of dudes lacking quality track records as big-league starters. They’ve unfurled a plan at shortstop that’s included significant reps from players either unaccustomed to the position or just plain bad at playing it.

To read the entire piece, please go The Athletic.